Fun and Balance Within the Chaos 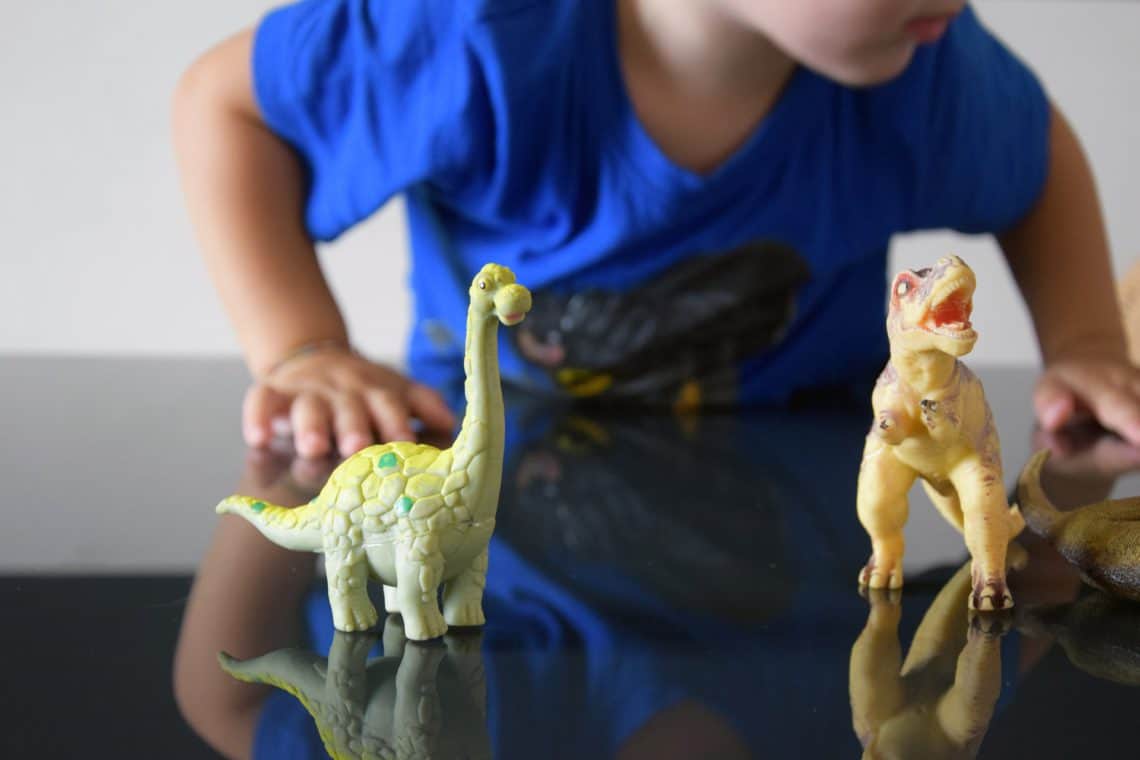 I don’t know what it is about dinosaurs, but if you spend much time around young kids, you’ve probably picked up on the fact that a lot of them find dinosaurs absolutely fascinating. Maybe it’s because they were basically giants and are kind of mystical in a sense.

Recently my toddler has taken a liking to these historic creatures and has been enjoying some fun facts, so I decided to do an post on 50 amazing dinosaur facts for kids.

If your child is discovering the world of dinosaurs, check out our list of fun dinosaur facts to share with him or her the next time you’re together. I am a firm believer in fostering an environment for excitement when it comes to learning and I think learning new things that are mind blowing is a great way to foster some excitement. I talk in detail about early learning and its benefits in my post on Inspiring Your Child to Love Learning.

What exactly is a Dinosaur?  A dinosaur is a type of reptile that lived millions of years ago all over the world. Dinosaurs lived on land. They did not fly or swim. This means that a pterodactyl and a mosasaur are not dinosaurs, but they are ancient flying and swimming reptiles.

1. In Ancient Greek the word dinosaur translates as ‘terrible lizard’. The word “dinosaur” was originally coined by a British paleontologist named Richard Owen in 1842, and came from the Greek words dienos (“terrible”) and sauros (“reptile”).

3. The longest dinosaur was Argentinosaurus, which measured over 40 metres, as long as four fire engines. It was part of the titanosaur group of dinosaurs.

5.The smallest fully-grown fossil dinosaur is the little bird-hipped plant-eater like lesothosaurus, which was only the size of a chicken. Smaller fossilised examples have been found, but these are of baby dinosaurs.

6. One of the most intelligent dinosaurs was Troodon. It was a hunting dinosaur, about 2 metres long, and had a brain size similar to that of a mammal or bird of today, stereoscopic vision, and grasping hands.

7. Stegosaurus had a brain the size of a walnut – only 3 centimetres long and weighing 75 grams. However, comparing brain size to body size sauropodomorphs, like Plateosaurus, were probably one of the dumbest dinosaurs.

8. The tallest dinosaurs were the Brachiosaurid group of sauropods. Their front legs were longer than the rear legs giving them a giraffe-like stance. This combined with their extremely long necks, which were held vertically, meant they could browse off the tallest trees. Brachiosaurus – the most well known of the group – was 13 metres tall. Sauroposeidon was massive and probably grew to 18.5 metres tall making it the tallest dinosaur.

9.The speediest dinosaurs were the ostrich mimic ornithomimids, such as Dromiceiomimus, which could probably run at speeds of up to 60 kilometres per hour.

10. The oldest known dinosaur is Saltopus. It was a small carnivore that lived 245 million years ago. Remains of this dinosaur have only been found in Scotland, so the UK might hold the key to the origin of dinosaurs.

11. The dinosaur with the longest name was Micropachycephalosaurus meaning “tiny thick-headed lizard”. Its fossils have been found in China, and it was named in 1978 by the Chinese paleontologist Dong.

12. Tyrannosaurus rex looked the most ferocious of all the dinosaurs, but in terms of overall cunning, determination and its array of vicious weapons it was Utahraptor that was probably the fiercest of all. Utahraptor measured about 7 metres, and was a very powerful, agile and intelligent predator. 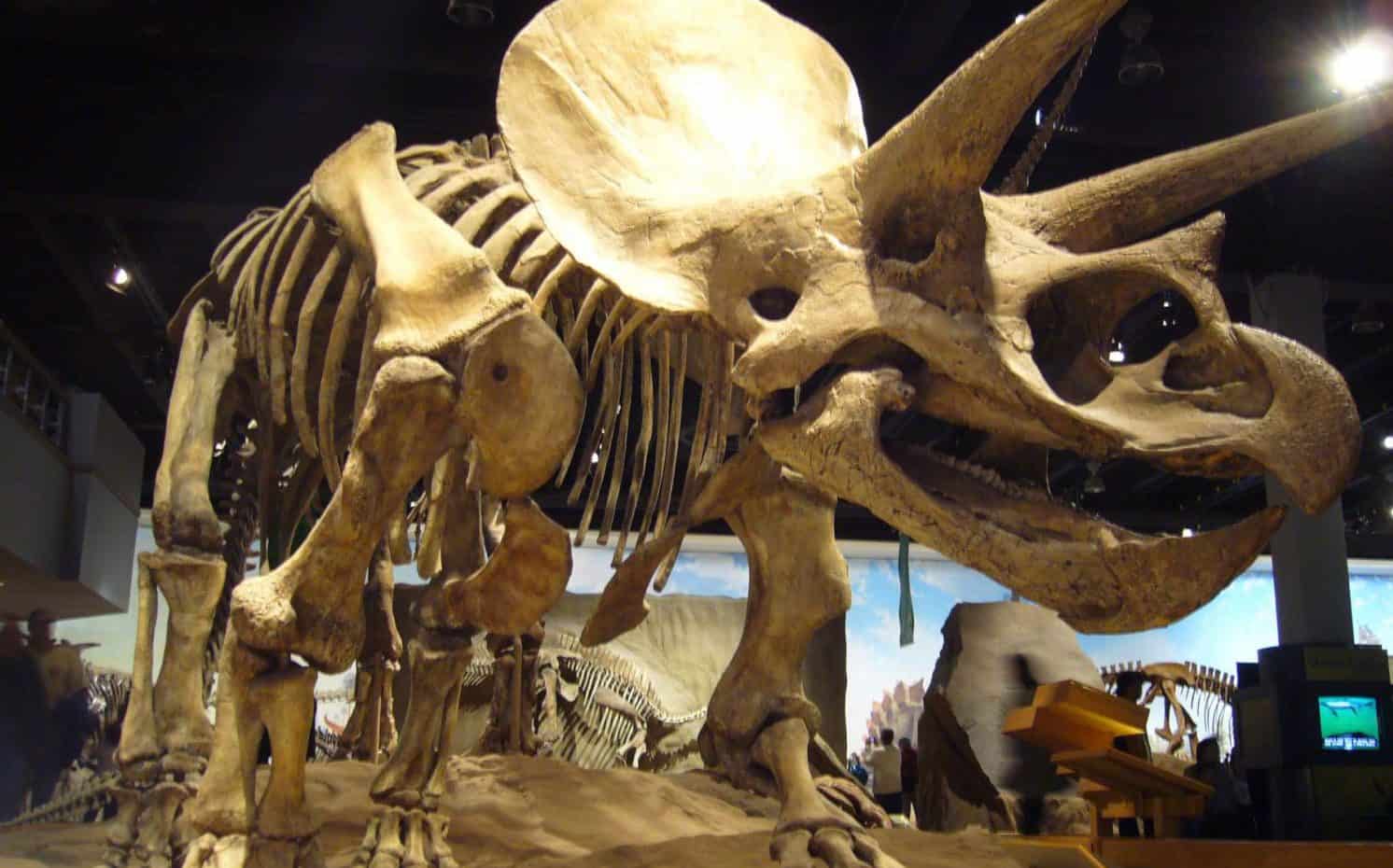 13.Dinosaurs are a group of reptiles that have lived on Earth for about 245 million years.

14. Dinosaur eggs come in all shapes and sizes. They tend to be ovoid or spherical in shape and up to 30cm in length – about the size of a rugby ball. The smallest dinosaur egg so far found is only 3cm long. Once the egg has been fossilised it will become hard like rock, but it will retain a structure of its own.

16. Dinosaurs lived only on land and could not swim or fly. However, they lived alongside prehistoric water reptiles called Plesiosaurs, which were much like modern-day dolphins, as well as flying reptiles called Pterosaurs.

17. The first ever dinosaur to be given a name was the Megalosaurus. It was named by Reverend William Buckland in 1824.

18. Dinosaur fossils have been found on all seven continents.

19. All non-avian dinosaurs went extinct about 66 million years ago.

20. There are roughly 700 known species of extinct dinosaurs. However palaeontologists believe that there are many more new and different dinosaur species still to be discovered.

21. So far 108 species of dinosaurs have been discovered in Britain. Britain was an important area during much of the Mesozoic Era acting as a ‘land bridge’ between North America and Eurasia. It became a hotspot for dinosaur evolution and migration. British dinosaurs include Megalosaurus, Iguanodon, Neovenator, Eotyrannus, and Cetiosaurus. The dinosaur Museum has the skeleton of a Megalosaurus and the skull of an Iguanodon on display.

22. The first discovery of dinosaur remains in North America was made in 1854 by Ferdinand Vandiveer Hayden during his exploration of the upper Missouri River.

Dinosaurs and Birds and Flying

23. Modern birds are a kind of dinosaur because they share a common ancestor with non-avian dinosaurs.

25. Feathers evolved before flight and may have functioned as insulation to keep dinosaurs warm, or for display as a way to attract mates.

27.Quetzalocoatlus with its wingspan of up to 13 metres was probably the largest pterosaur, and hence the largest flying creature of all time. Despite its size it weighed no more than 100 kilograms. Its only contender may be Arambourgiania, which is only known from one bone but scaled up the whole pterosaur could have been even larger. Pterosaurs were not dinosaur.

28. According to the fossil records, the birds have evolved from theropod dinosaurs in the course of Jurassic Period, and ultimately they are regarded a subgroup of dinosaurs in fresh classification systems.

29. Dinosaurs are a diverse group of reptiles of the clade Dinosauria. They first appeared during the Triassic period, between 243 and 233.23 million years ago.

31. he Cretaceous-Tertiary extinction event, or the K-T event, is the name given to the die-off of the dinosaurs and other species that took place some 65.5 million years ago. For many years, paleontologists believed this event was caused by climate and geological changes that interrupted the dinosaurs‘ food supply.

32. Scientists now believe the Spinosaurus was the largest carnivorous (meat-eating) dinosaur. Spinosaurus lived both on land and in water like a crocodile

33. There were actually reptiles on Earth before dinosaurs. Before the first first dinosaurs walked the Earth about 230 million years ago, the earth was dominated by reptiles known as archosaurs and therapsids.

34. Scientists speculate that some large dinosaurs like the Apatosaurus lived as long as 300 years.

35. Many dinosaur skulls had big holes that both made them lighter and helped to keep them cool.

36. Many scientists believe that there are still lots of dinosaurs that haven’t been discovered yet.

38. The single biggest dinosaur bone ever found is a 5×5 ft. argentinosaurus vertebra (backbone) fossil that weighed over a ton.

39. The biggest dinosaur eggs scientists know of are the eggs of the segnosaurus, which were about 19 inches long.

40. The smallest dinosaur eggs ever found measured about 0.7 inches (smaller than the diameter of a penny!) and were found in northeastern Thailand in 2002 and 2003.

41. Most carnivorous dinosaurs were bipeds, meaning they walked on two feet. Walking on two feet helped them move faster and left their hands free to catch their prey.

42. The large sizes of these dinosaurs served various useful purposes including dietary, reduction in energy use, and protection from predation.

44.Dinosaurs are very much like reptiles; they have tough scaly skin and most would have laid eggs. As well as their tough skin, many dinosaurs had built-in armour. Dinosaurs had four limbs.

45. All dinosaurs lived on land (see the ‘Dinosaurs fast facts’ section to find out more about prehistoric water and air animals). They either walked on two hind legs (this is called bipedal) or all four legs (this is called quadrupedal). Some dinosaurs were strictly plant eating (herbivores), others were meat eating (carnivores), and others ate both (omnivores).

46. Australia has a very good record of preserving the fossils of the ancient sea creatures that lived alongside the dinosaurs. This is because much of Australia used to be covered by an inland ocean.

What happened to the dinosaurs?

47.During the Cretaceous period something happened that caused the dinosaurs to disappear. The problem is that scientists are not actually sure what it was. There are many theories as to what could have caused such huge creatures who had roamed the earth for so long to become extinct so rapidly. Theories include poisonous volcanic gases, a deadly virus, an asteroid, famine or climate change.

We already know that the Earth was undergoing major geographical change during the Cretaceous period. The land mass Pangaea had broken up into Laurasia and Gondwanaland, and then, 130 million years ago, these land masses were beginning to fragment to form our modern-day continents. All this moving and shifting could very well have resulted in volcanic eruptions and earthquakes which could have killed the dinosaur population.

Some believe an asteroid slammed into Earth with an explosive yield estimated at over 100 trillion tons of TNT.

Some believe extreme changes in climate killed plants and animals which eventually cause the extinction of dinosaurs.

It’s great to have facts to talk about, but I am also a proponent of visuals for young children, albeit for a short period of time allotment. So grab your child and dive into the world of Dinosaurs and with these fun cartoon videos and learn some amazing Dinosaurs facts. See how much they weigh, what they eat, where they lived and much more.

I hope you enjoyed these fun dinosaur and animal facts for kids! If you have any interesting facts to share, I would love to see them below! Please share! Also make sure to visit my last post on preschool clean up songs!

The following links will direct you to the homepage of the websites used as references for this topic. 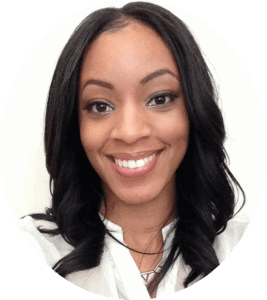 Hi I’m Kayla Hollomon! Thank  you  for  visiting  my site. It’s a dream come true to share my passion with you. My mission is to help others do the same!       Read More 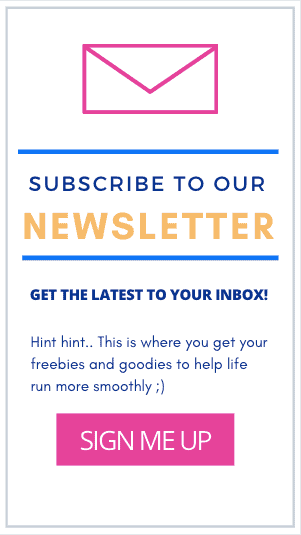 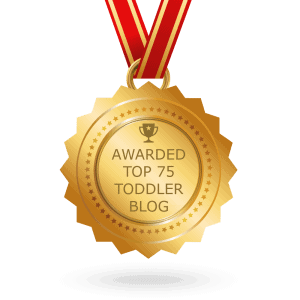